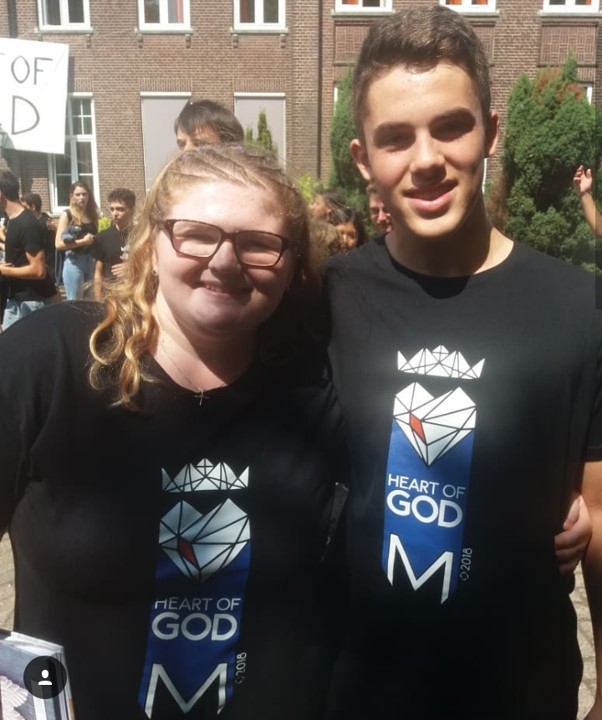 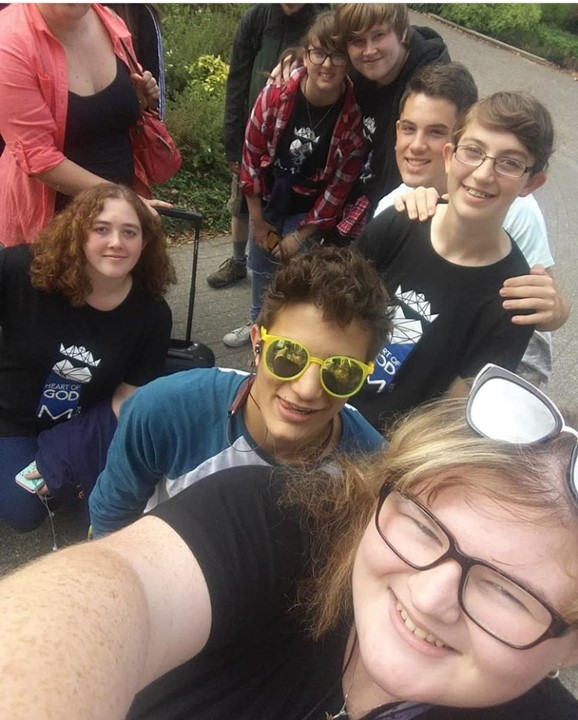 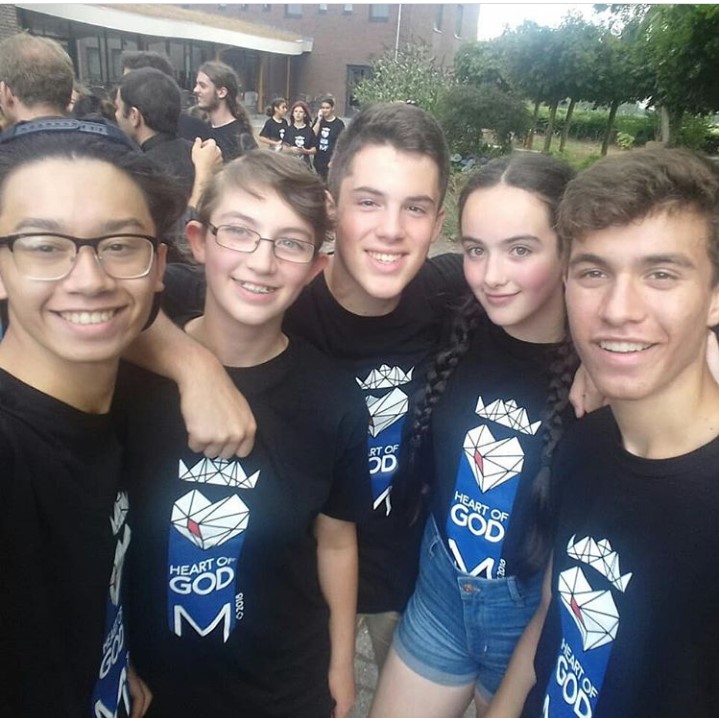 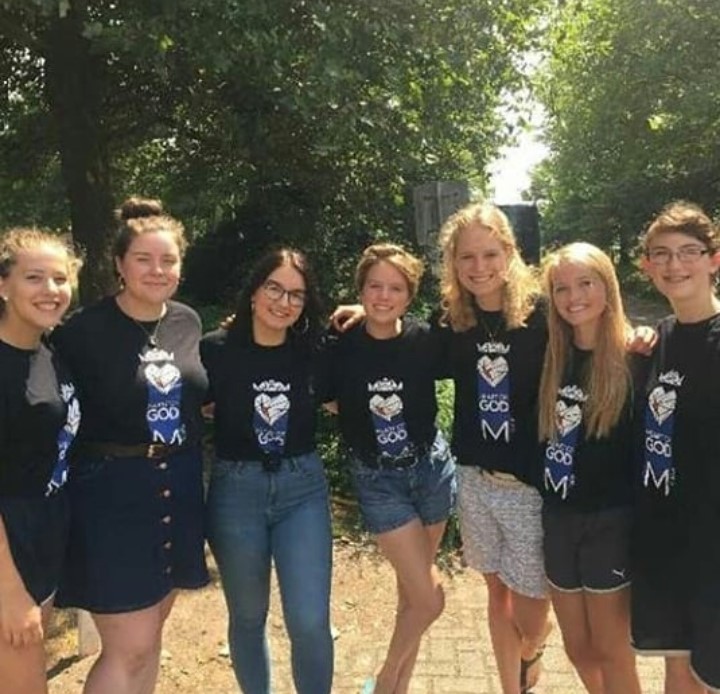 In the last week of July, The Dunkeld Youth Service facilitated a group of young people to participate in a Life Teen Summer Camp in the Netherlands. Alongside teens from several other countries, including Germany, America, the Netherlands, and Spain, the group had a busy week filled with group activities, messy games and theological lessons, centred on the theme “Heart of God”. The teens, aged between 14 and 19, explored their faith and their relationship with God and each other. The week was intense, emotionally and physically, and very educational. The following are a few short summaries from the group, detailing their own personal experiences: 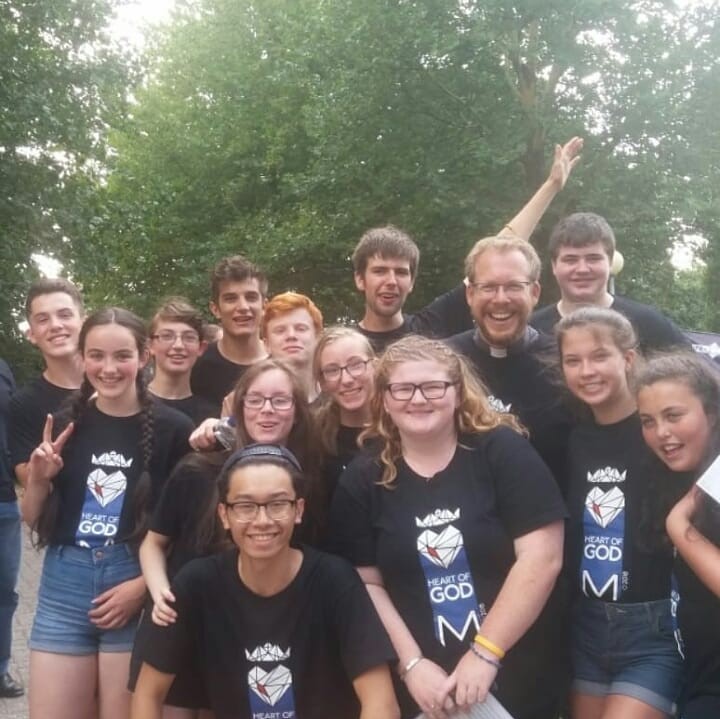 To start, I would say that it was one of the most wonderful weeks of my life, and one of the best experiences I have had in my entire life. I’ve made a lot of friends and I’ve really learned what makes a ‘real’ friend. To be honest some of the friends I have known for about three or four years would miss me less than the friends I’ve made for only a week on this camp. I’ve also developed a deeper relationship with Jesus. For me, the best moments I had in this camp were the talent show, where we had a lot of fun and the small group times which were basically reflections on some questions about us and Jesus. One of the hard times I had in this week was the confession night, because after confessing we had some time to think about our life or just giving this time to Jesus and it was by far one of the deepest reflections I have experienced in my life. Another hard time I had during this week was when everybody left because it was so sad and we wanted to stay for even longer. I would definitely go back next year and look forward to giving myself to Jesus and all my friends. – Jordan Simonet, 15

I was so excited about returning to Life Teen as I felt so at home the last time. However, nothing could have prepared me for the joy that I felt this year and the sadness about leaving my friends at the end of the week. My best moment was in adoration when we were singing a song that is especially close to my heart. I deepened my friendships from last year and managed to create new ones. I would strongly urge any young person to go to Life Teen as it is so enriching and such a special place. I can’t wait to go back again. – Lauren Quinn, 18

It was great. Even better than last year. I became a lot closer to people this year and had a much better experience. My best moments were meeting new people and having fun with all my new friends, doing all the activities together and just hanging out. The worst moments were the heat and the mosquito bites, but I didn’t think about them too much as I was too busy enjoying the camp. I would DEFINITELY go back next year, and I look forward to meeting up with my friends from this year. – Arianne McCrosson, 15 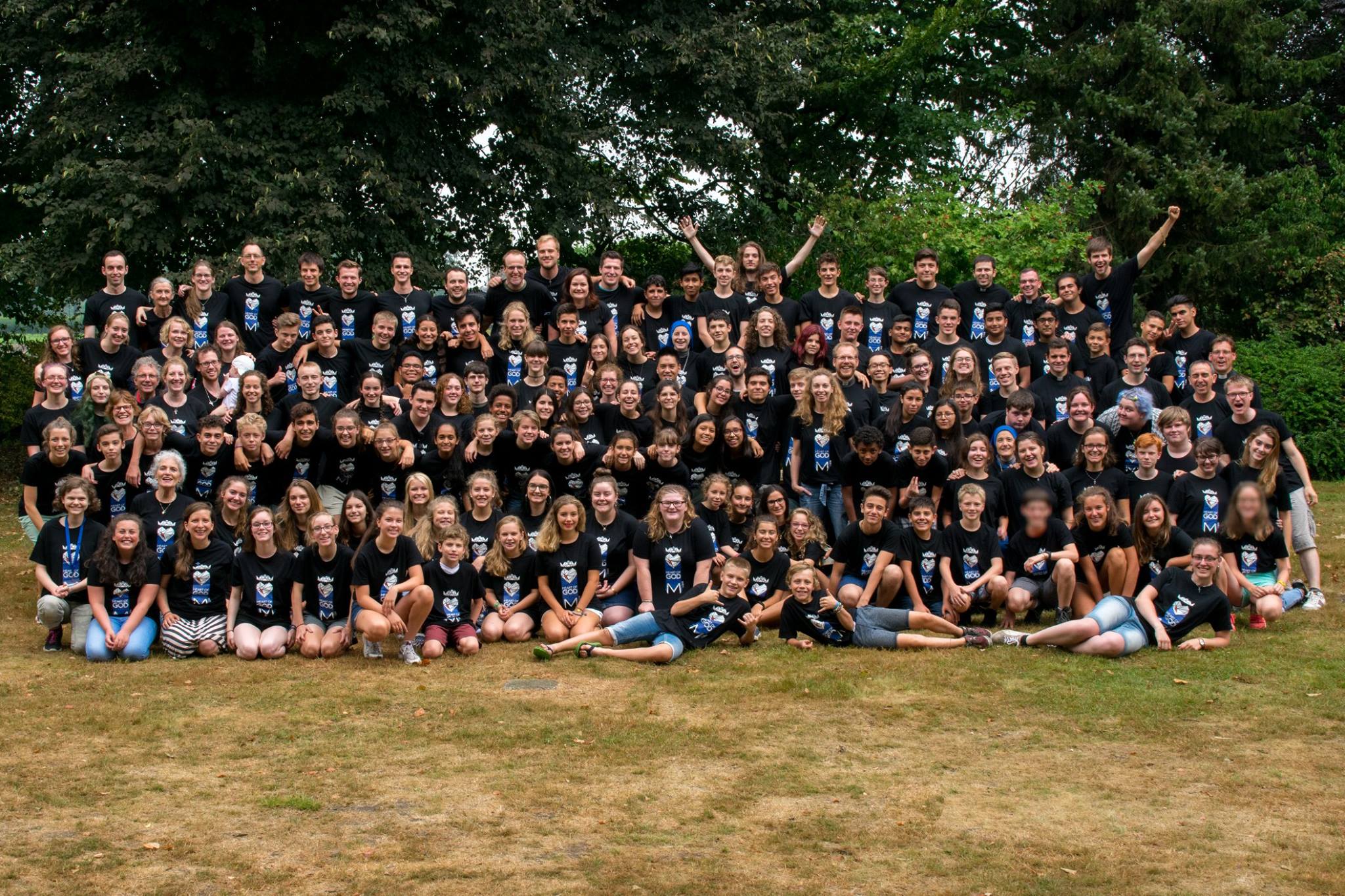 It was a blessing to see the growth of the participants across the week. I felt that the confession and adoration session on the Tuesday evening was the breaking point of trip. I know that for me personally, and I’m sure for many others, that evening opened my heart to be more receptive to God. After that, each day built on the previous one. New friendships were made and strengthened and we had many more opportunities to experience the Heart of God. The final Mass of the camp was one of the most beautiful I have ever seen. With everyone singing their hearts out in praise and worship there was such a great sense of unity with God and each other that I was moved to tears all the way through, and I am a particularly unemotional person. I am in no doubt that everyone involved has been brought closer to God. – Joseph Soares, 19

It was a great experience that expanded my Faith and also made me appreciate friendship and getting to know new people. (Declan Cowan, 19)

My experience of the camp this year was very different to what I experienced last year. As a young leader, there were a lot more responsibilities, but also many more opportunities to see how the activities were affecting the teens. I believe everyone experienced God in a different way, and the week was certainly very emotional. There were lots of times for fun, friendship and general silliness, but this was also well balanced with more reflective times. Each day had a different focus, under the overarching theme of “Heart of God”, which allowed the teens to explore their own hearts and their personal relationship with God. I felt a real shift in attitudes as the week progressed, and it was great to see the strong bonds that were made throughout the camp, regardless of age, gender or nationality. Personally, I enjoyed the team activities which allowed us to get to know those around us, and built trust and teamwork together. The reflective times, such as all-night adoration and the confession session, were very helpful to bring us into a calmer state of mind, so we could really focus on ourselves. There were some difficult moments, where sometimes a session would strike a chord in someone, but it was really heart-warming to see how everyone supported each other and got through even the toughest of moments. I am excited to see what comes next, and look forward to continuing the lessons we have learned this week. (Charis McCrosson, 18)

Dunkeld’s Youth Director adds – “A special thanks to Caroline Laidlaw for acting as group leader and providing support to the group; to Charis McCrosson for the organisation and facilitation of the trip, and her work as youth leader; and to Joseph Soares, for his support and hard work as youth leader and chaperone.”

Tweets by @RCDunkeld_Youth
Toggle the Widgetbar